One fundamental story element that young students should know is characterization. This is among the easiest to teach since kids are already quite familiar with their favorite movie superheroes and fairy tale princesses on their television sets, toys, and even school pencils. Still, there’s a challenge: helping them create their own characters. With that in mind, here is how you can make your character lesson memorable:

Read a children’s storybook together

Young writers learn best when there’s an example that they can imitate. So before you dive into your writing sheets, have a reading session first. Pick a children’s storybook with illustrations on it. Gather the children and have them read the text individually or as a class.

After reading, ask them to identify and describe the characters. You can prompt them with questions about the character’s physical appearance, likes and dislikes, feelings, adventures, and more. Write these descriptions down. The more adjectives in your list, the better.

From here, deepen your discussion by asking your students how they think the character would respond given some hypothetical questions. They should be able to answer using the descriptions they mentioned. What you’re doing here is making the class better understand different personalities. This way, they can create diverse characters when they write their own stories later.

Show an image of a new character. For a more exciting twist, invite a colleague wearing a costume. Like your activity above, your young writers have to describe the character. This time though, there’s no background story. Earlier, they could quickly tell that the mother ant in your storybook was a good or lazy mom. This time, they have to use their imagination to describe the attitude or emotions of your new persona.

They have to think of life scenarios that would let them create good characters. Let the kids do this individually. Distribute your first-grade writing worksheets. Once done, ask them to come to the front one by one and read what they wrote. If you still have time, you can pick a character profile and have it dramatized by your new persona and some students. Your class will have a ton of laughs and giggles.

Ask the students to write about themselves 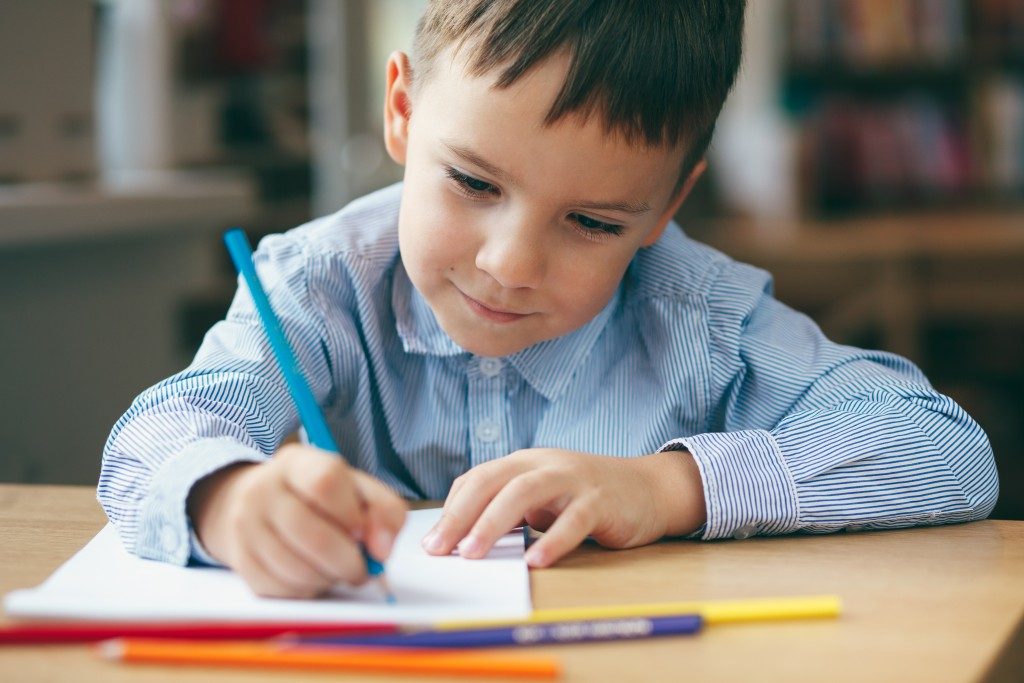 There’s probably no better way to help them write characters than letting them write a character they know best: themselves. You can leave this task as homework so that they can do it comfortably and peacefully. Again, make sure that they describe the character in terms of physical appearance and behavior. Use About Me writing worksheets so that they can be guided accordingly.

When they turn in their papers, ask the students if they want these works to be published. Self-introductions and introspections are excellent pieces for your book project. For sure, their parents would love to see and read these works.

In the end, characterization is a crucial skill that young writers need to learn early on. Use these tactics to make this lesson more engaging for your class.